Findings from 15 silviculture trials and numerous ecological studies have been made available in reports published by the Faculty of Forestry at UBC in 1994, 1996, and 2002. A Field Guide to Regeneration of Salal-dominated Cedar-Hemlock Sites was published in 1996. A Stand Establishment Decision Aid was developed with FORREX. 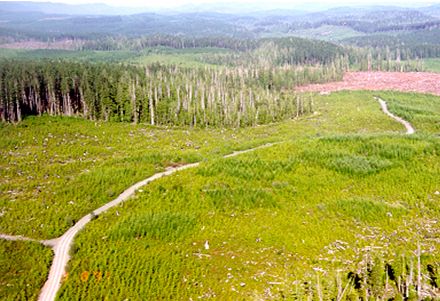 Arial view of SCHIRP Installation, in which fertilization plots are obvious. 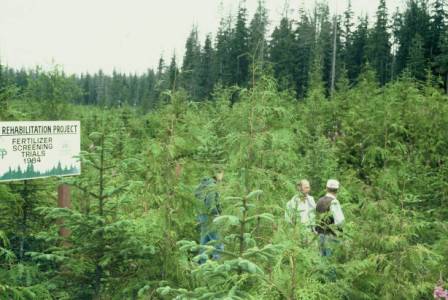 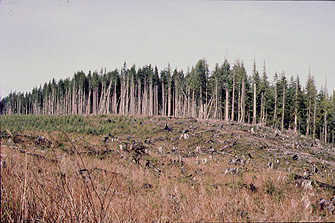 Example of the SCHIRP CH-HA phenomenon with highly productive second-growth hemlock-amabilis  (HA) forests on left and nutrient-deficient old-growth cedar-hemlock forests on right. Differences in post-harvest regeneration on the two sites are obvious in the cutover in the foreground.